Welcome to your new President-Elect and Executive Committee members

Your new President-Elect and two new Executive Committee members were elected by an online vote earlier this year and they officially took office at the Annual General Meeting, held online on 26 May 2021. 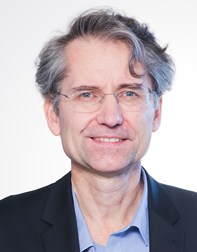 Jérôme Bertherat is Professor of Endocrinology at Paris University, Chief of the Endocrinology Department of Cochin Hospital, head of the National Centre for Rare Adrenal Diseases and of the research team “Genomics and Signaling of Endocrine Tumours” in the Cochin Institute (INSERM), Paris, France. He serves as the coordinator of the French National Network for Rare Endocrine Disorders.

He has played a founder role in various international research or health care collaborative efforts such as the European Network for the Study of Adrenal Tumours and the ENDO-ERN. He has served in various committees of the Endocrine Society and is an ISE Executive Committee member representing Europe. He is an international research leader on Cushing’s syndrome, the genetics of familial adrenal tumours and the molecular genetics of endocrine tumours. His laboratory has identified major genes involved in adrenocortical tumour formation. He is the author of more than 450 publications with anH-index of 77.

In his election statement, Jérôme said “For me ESE is a unique growing international place for health care providers and researchers from the start of their training period, to exchange, communicate and promote Endocrinology. By the nature of its European origin ESE is rich by its diversity and is a widely open international framework. The dissemination of our passion for Endocrinology is a major goal of the Society. Being a member of ESE allows me to take an active part in numerous stimulating actions. ESE also has to evolve in a changing environment. This response requires both plasticity and rapidity in keeping with its long-term goal to improve the situation of all patients suffering from Endocrine disorders. ESE is able to face international challenges or crisis by allowing its members to synergize to improve the situation. ESE is also instrumental to promote Endocrinology in the various international organisations where its voice is crucial for health and research issues related to hormones. I will put major efforts in a collective and concerted action involving all the members, collaborators and partners of the Society in the development and coordination of these actions, in order to stimulate and defend excellent and equal patientcare, education and research in Endocrinology internationally”. 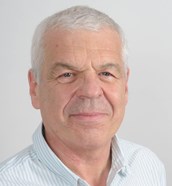 Philippe Chanson is Professor of Endocrinology at University Paris-Saclay and Head of the Service of Endocrinology and Reproductive Diseases at Bicêtre’s Hospital (Assistance Publique-Hôpitaux de Paris). He coordinates one of the French National Reference Centers for Rare Pituitary Diseases. He also leads the Bicêtre HCP for Endo-ERN.

His main interest is in neuroendocrinology (pituitary adenomas including acromegaly and Cushing’s disease) and reproduction (gonadotropic function and disorders), which are his main clinical research themes. He conducts his basic research in INSERM U1185 on the effects of GH on kidney and on pituitary tumorigenesis. He is the General Secretary of the French Pituitary Club and past Treasurer of European Neuroendocrine Association (ENEA). He was recently elected at the Board of Directors of The Pituitary Society. He has served the Boards of Clin Endocrinol, J Clin Endocrinol Metab, Endocrine, J Endocr Soc and is now in the Editorial Board of Pituitary.

In his election statement, Philippe said “Both basic and clinical endocrinologists in all Europe represent a significant force which needs to be brought together for increasing power of Europe both scientifically and politically. I profoundly believe in Europe and will do my best at my level to represent our European learned society and reinforce its power and also defend our social and health values”. 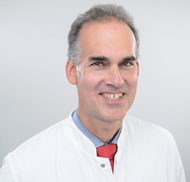 Martin Fassnacht is Professor of Internal Medicine/Endocrinology and Chair of the Department of Endocrinology and Diabetes at the University Hospital in Würzburg. He studied medicine at the School of Medicine at the universities of Saarbrücken and Würzburg and completed his medical training in Würzburg. In-between he joined the Duke University in North Carolina as postdoctoral fellow for 2 years. In 2012, he was appointed as professor of endocrinology at the University of Munich and since 2014 he is the successor of Bruno Allolio in Würzburg. Martin served on several boards of national and international endocrine societies including the Clinical Committee of ESE. He has been a founding member, working group head, and chair of the European Network for the Study of Adrenal Tumours (ENSAT). Furthermore, he had been one of the founding members of the supporting organisation for young researchers in endocrinology (YARE), the German predecessor of EYES. His scientific interests mainly relate to endocrine tumours, adrenal and pituitary diseases, and obesity.

Martin has authored more than 280 publications in high-ranking international journals and has received a number of awards, including the European Journal of Endocrinology Award 2014. He has organised numerous scientific meetings and has chaired two guideline panels of ESE.

In his election statement, Martin said “Since its foundation in 2006, I have been a strong and continuous supporter of ESE, its activities and congresses. I had the honour to contribute to three ESE clinical guidelines and I am currently chairing the European Network for the Study of Adrenal Tumours (ENSAT). Within these scientific and clinical duties, I had the pleasure to join forces with numerous colleagues around Europe (and beyond). This has allowed me to appreciate the leading role European Endocrinology is able to play. I am convinced that endocrinology requires enthusiastic basic, translational and clinical researchers as well as dedicated clinical practitioners and I am devoted to serve all these entities. ESE is the key organisation to drive clinical care in endocrinology through education, to foster young researchers and clinicians and to advance endocrine research with international reputation. I would be happy to take on the challenge helping to maintain and excel this important role of ESE in the future. With political Europe walking through steep changes, I consider it extremely important to reach out to all European endocrinologists to demonstrate that we are stronger together”.

A full list of the ESE Executive Committee is here.